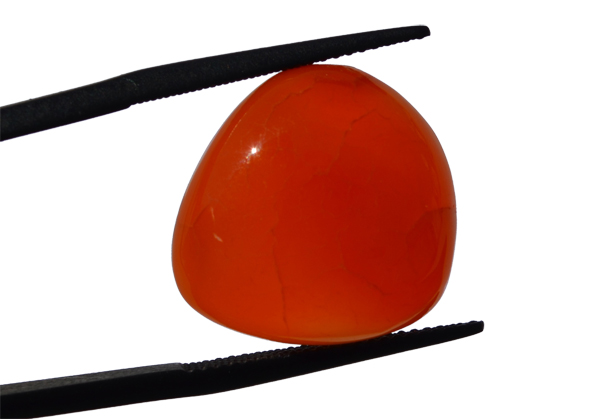 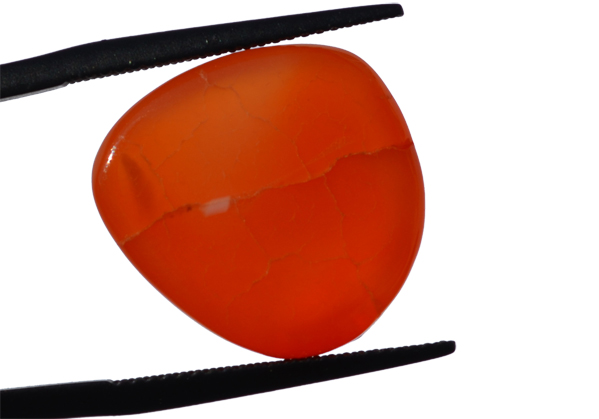 Carnelian belongs to the cryptocrystalline variety of quartz. Carnelian obtains its color through iron impurities that form within colorless quartz crystal. Carnelian is believed to bring good luck to its wearer. According to Muslim legend, Mohammed once wore a ring set with a carnelian seal, which was known to bring him good luck. In Europe, Napoleon also had a carnelian seal that he often wore as a lucky watch charm.